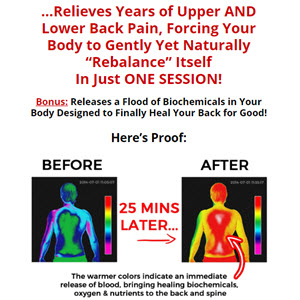 There have been several studies reporting the clinical outcomes of IDET in the literature since 1998. The most publicized study was reported by Saal et al., a group of physiatrists from Stanford (29). These investigators reported on a consecutive series of 1116 patients presenting with chronic low back pain of 3 mo duration or longer. Of the study group, 1025 (92%) improved significantly with conservative treatment measures and were discharged to self-care. Surgical fusion was offered to the 91 patients who did not respond to conservative measures. Sixty-two of these 91 patients underwent IDET as an alternative therapy and 29 remained in a control group to assess the impact of natural history on symptom resolution. Data were collected on 58 of the 62 patients treated with IDET at 6, 12, and 24 mo. At 6 mo, there was a significant improvement in the patient's pain with a decrease in the visual analog scale (VAS) of 3.71 ± 1.95. At 12 and 24 mo, the mean decrease in VAS was 3.52 ± 2.30 and 3.41 ± 1.96, respectively (29). Based on these data, the authors concluded a statistically significant reduction in pain was

Fig. 15. (A) Lateral image of nucleoplasty introducer needle within the disc. (B) The inner stylet is removed and the Spine Wand is introduced. (C) The Spine Wand is advanced until resistance is felt. This usually indicates the nuclear-annular interface. (D) The II is rotated until the X-ray beam is perpendicular to the needle to ensure that the Spine Wand does not go beyond the confines of the disc.

Fig. 15. (A) Lateral image of nucleoplasty introducer needle within the disc. (B) The inner stylet is removed and the Spine Wand is introduced. (C) The Spine Wand is advanced until resistance is felt. This usually indicates the nuclear-annular interface. (D) The II is rotated until the X-ray beam is perpendicular to the needle to ensure that the Spine Wand does not go beyond the confines of the disc.

obtained in patients with chronic discogenic low back pain treated by IDET. McGraw et al. treated 41 disc spaces in 30 patients with a follow-up ranging from 2 to 10 mo (30,31). Twenty-one (72%) of patients reported a significant improvement in their back pain with a VAS score decreasing by four or more points. Nine (28%) of the 30 patients had either no improvement or a decrease of fewer than four points in their VAS score. Karasek and Bogduk compared 35 patients treated with IDET to a control group of 17 patients treated with physical rehabilitation only (35). At the 3 mo follow-up, only one control patient had any significant pain relief while 23 patients in the IDET group experienced significant pain relief. In the IDET group, pain relief was sustained at 6 and 12 mo, which was associated with decreased disability, decreased drug use, and a return to work rate of 53% (35).

There is one randomized, double-blind, placebo-controlled trial evaluating the efficacy of IDET. Pauza et al. reported on 55 subjects (32 IDET and 23 placebo) who were followed for 6 mo (38). As part of the procedure protocol, a 17-gauge introducer needle was advanced under fluoroscopy to the outer annulus. Randomization assignments were then disclosed to the operating physician. In subjects assigned to the IDET treatment group, a catheter was introduced into the disc and advanced to cover the posterior and bilateral posterolateral portion of the disc to be treated. In the placebo group, the needle remained at the outer annulus. Identical postprocedural protocols were followed by both groups. A statistically significant greater improvement in pain, based on the VAS and bodily pain (BP) scale, was demonstrated by the IDET treatment group compared to control. The VAS improved 2.4 points in the treatment group compared to 1.2 points in the control group. The BP score improved 17.3 points

Fig. 17. Diagram of Spine Wand in the nucleus illustrating the six channels that are created with rotation of the Wand. The Wand tip has a gentle S-shaped curve on the end. (Courtesy of Arthrocare Spine, Sunnyvale, CA.)

in the treatment group compared to 8.6 in the placebo group (38).

How To Win Your War Against Back Pain

Knowing the causes of back pain is winning half the battle against it. The 127-page eBook, How To Win Your War Against Back Pain, explains the various causes of back pain in a simple manner and teaches you the various treatment options available. The book is a great pain reliever in itself. The sensible, practical tips that it presents will surely help you bid good-bye to back pain forever.

How to Get Rid of Your Low Back Pain