Abiotic Chemical Evolution and the Theories of How Life Formed 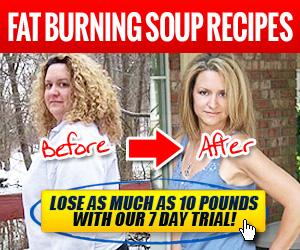 The detailed way in which life came about is presently not known. However, a general picture of its formation process has emerged in the past few years. The fact that we find progressively simpler creatures the further we go back in time is a clear sign that life originated on Earth, because any life from a developed extraterrestrial source would have arrived on Earth already in an advanced state. In the literature one sometimes finds probability arguments about the likelihood of primitive life being spontaneously assembled from many components. These arguments typically lead to extremely low probabilities. As was pointed out by de Duve (1991), such arguments are misleading, since nature does not proceed that way. Similarly to when we assemble airplanes from millions of components, nature always builds up large units from smaller subunits. Thus, it is almost certain that life came about by a sequence of small steps, each with a plausible probability.

The present view is that life could have formed at two places, at the shores of the oceans or at deep-sea hydrothermal vents. For these environments one discusses three theories by which life may have formed: "metabolism came first", "genes came first", and the "iron-sulfur world". Relatively undisputed in these scenarios (as discussed above and in Chap. 3) is the fact that from the time when the last ocean-evaporating impact occurred, the chemical laboratory Earth has abiotically produced an ample supply of thiols, organic acids, amino acids, and hydroxy acids.

If the early atmosphere were CO2 dominated then these abiotic sytheti-zation processes would be difficult (e.g. Kasting 1993). However, there is new evidence that the early Earth had a reducing atmosphere because of a larger fraction of CH4 relative to CO2 produced by the much more numerous hydrothermal vents at those times (Chap. 3). The existence of a reducing atmosphere has recently been strengthened with new hydrodynamic modeling by Tian et al. (2005) who show that hydrogen escape from early Earth's atmosphere is reduced by two orders of magnitude compared to earlier estimates and that one now must assume that volcanic outgassing produces a hydrogen-rich atmosphere with a mixing rate of more than 30% hydrogen. Under these conditions abiotic synthesis of organic compounds is much easier.

But how does the development proceed from the formation of these simple compounds to the complex biochemistry of the RNA-world, where there were cell-like units enclosed by semipermeable membranes, memory molecules to define identity, and metabolic mechanisms to maintain and replicate these organisms? In addition, because it is recognized that the metabolic chemical processes would be much too slow if they were not catalyzed by enzymes, how did the necessary enzymes come about? As a definitive answer to these questions cannot be given at the present time (for a recent review see Botta 2004) a possible answer is now outlined that appears to me particularly convincing. This answer is of the "metabolism came first" type.

De Duve (1991, 1998) reserves the term "protein" for polypeptides made from an RNA-based machinery using the 20 coded amino acids of Table 6.1 and the term "metabolism" to denote the chemical reactions that are mediated by protein enzymes. He also takes "multimeres" to mean peptide-like substances of a more heterogeneous composition than proteins, and "pro-tometabolism" to denote the chemical reactions that generated the RNA-world and sustained it before the invention of protein enzymes. In his view, that can be named "protometabolism came first", de Duve assumes that chemical evolution proceeded in the following way. The basic building blocks found local conditions that favored their condensation into thioesters. The thioesters spontaneously assembled into a variety of multimers. Some multimers, short-chained phospholipids, formed the first protocellular semipermeable membranes, which encased reaction centers. Other primitive multimers included a number of enzyme-like catalysts which initiated protometabolism. Thioesters and iron-sulfur compounds harnessed energy from UV light. Phosphoric acid reacted with the thioesters, creating inorganic pyrophosphate, a predecessor of ATP. This energy source allowed a full protometabolism of the multimere population and led to a Thioester-world.

The next step after de Duve was that ATP took over the role of pyrophosphate as the main energy source. The buildup of the first nucleoside triphos-phates, and through these of the first polynucleides as memory molecules, led to the RNA-world working at first with a protometabolism. This produced the first living organisms enclosed in lipid membranes, the Progenotes. The invention of protein synthesis then led to a fully developed RNA-world. Finally, a genetic takeover of RNA by DNA brought about the DNA-world, by creating the Last Universal Common Ancestor.

Woese (1998) has pointed out that in this scenario, Progenotes should not be pictured as well-defined organisms because of their rudimentary and inaccurate translation mechanisms, and as cell division occurred in a very simple manner, in which a set of small linear chromosomes, each present in multiple copies, became sometimes divided into quite unequal parts. Therefore, Progenotes should rather be viewed as a whole population, as a communal ancestor, where genetic information could also be transferred by lateral gene transfer; that is, by cells cross-feeding one another.

The "genetics came first" view (Orgel 1998) is based on the important discovery of ribozymes, RNA enzymes that can catalyze the formation of other RNA molecules. Note that Johnston et al. (2001) have found ribozymes that can make complementary copies of RNA molecules up to 14 nucleotides long, regardless of their sequence, with impressive accuracy. The other basis for this view is the realization that the highly complex and specific reactions required by metabolism must have come about by Darwinian evolution (Chap. 7), which in order to work properly requires that the genetic material of the parent must be quite faithfully reproduced. In addition, Orgel (1998) points out that oxidation-reduction, methylation, and oligosacharide synthesis supported by nucleotide-containing coenzymes, probably became part of the chemistry of the RNA-world long before the invention of protein synthesis.

However, the main problem with the "genetics came first" theory is how to produce the first RNA molecules without the benefit of ribozymes, because the spontaneous chemical synthesis of even a short structurally and chirally homogeneous piece of RNA is implausible in the extreme (Schwartz 1998). Therefore, some other form of organized chemistry must have preceded the RNA-world. As mentioned by Orgel (1998), the only potential informational systems, other than nucleic acids, which have been discovered, are closely related to nucleic acids. Pyranosyl-RNA (pRNA) and peptide nucleic acids

(PNA) can form long chains and could have suffered a later genetic takeover by RNA. Yet these possibilities do not appear to be overly promising (Orgel 2000).

A very different possibility, suggested by Cairns-Smith (1982), is that the first form of life was a self-replicating clay, the inorganic genome of which was subsequently taken over by RNA. Indeed, experimental studies (Ferris 1998) have shown that it may have been possible to make the transition from the prebiotic world to the RNA-world by a montmorillonite clay-catalyzed formation of RNA. Smith et al. (1999), Hazen (2001), and others have suggested that common minerals develop microscopic pits by weathering, which could have housed the first self-replicating biomolecules that later developed a biological cap and emerged into a nutrient-rich primordial soup.

While the "metabolism came first" and "genes came first" scenarios are both thought to have taken place at the terrestrial surface, the third theory of the origin of life, the "iron-sulfur world" of Wachtershauser (1988, 1998), places the origin of life near deep-sea hydrothermal vents. In this view, life began on the surface of solids, in particular pyrite (FeS2), and a primordial soup theory that abiotically creates vesicles and RNA should be rejected. Negatively charged organic compounds get electrostatically attached to the positively charged pyrite surfaces, where they react with each other and form cellular aggregates. The beauty of this scenario is that it automatically incorporates three main advantages: the FeS2 surface keeps all the constituents together, it controls the metabolic reactions, and it provides energy.

The "iron-sulfur world" model has recently been extended by Martin and Russell (2003) who propose that the first cellular life could have formed in so-called black smokers at hydrothermal deep-sea vents. These vents emit black flows of superheated water that are rich in sulfides of Fe, Mn and Cu and create porous tower-shaped deposits with microscale caverns that are coated by thin metal-sulfide walls. These micro-caverns solve several critical points of the Wachtershauser model, they provide a means of concentrating newly synthesized molecules, the steep temperature gradients inside a black smoker allow for establishing optimum zones for various reactions at different locations, and the flow of hydrothermal water through the structure provides a constant source of energy and building blocks from freshly precipitated metal sulfides.

Here, a single structure would facilitate the exchange between all developmental stages, and the synthesis of lipids as a means of closing the cells against the environment is not necessary until basically all cellular functions are developed. The last evolutionary step would be the synthesis of a lipid membrane that finally allows the organisms to leave the micro-cavern. In this model the Last Universal Common Ancestor would occur inside a black smoker, rather than as a free-living form. Although the black-smoker scenario is supported by the discovery of early microbial life in deep-sea volcanic rocks that are as old as 3.2 billion years (Rasmussen 2000), the questions remain as to whether hydrothermal life preceded photosynthetic life and how in the "iron-sulfur world" the RNA memory molecules are created.

In summary, we presently do not know in detail how life first appeared, whether it was one of the above scenarios or some combination of them, although it is generally felt that there must have been a straightforward chemical route to life. However, it is clear that once life started, intense competition (Darwin's theory) led to the survival of the most efficient organisms. How life subsequently evolved on Earth is discussed in Chap. 7.