The regulation of sexual function involves multiple brain regions, neurotransmitters, and hormones, and thus is complex (Meston and Frohlich 2000). Sexual interest or sexual function may be impaired directly because of schizophrenia (e.g., negative symptoms may include decreased interest generally, including interest in sex, and severe positive symptoms or social dysfunction may interfere with the ability to develop sexual relationships). Sexual interest or function may thus improve with antipsychotic treatment, or may be impaired as a side effect of antipsychotic treatment. For example, in a study of men with schizophrenia who were in stable relationships (51 taking antipsychotics, 20 drug free, and 51 healthy control subjects), untreated men reported the lowest levels of sexual desire or interest, with antipsychotic-treated men reporting greater interest than untreated men (but less than healthy controls) but decreased ability to maintain an erection and impaired orgasm, and decreased satisfaction with sexual performance (Aizenberg et al. 1995).

Unfortunately, there are few systematic data available regarding the frequency of impaired sexual interest or function with antipsychotic treatment, and almost all studies are cross-sectional. These studies find that 35%-60% of men treated with typical antipsychotics report erectile dysfunction (Aizenberg et al. 1995; Ghadirian et al. 1982; Kotin et al. 1976; Seagraves 1989). One study comparing sexual side effects in 41 haloperidol-treated and 75 clozapine-treated patients with schizophrenia found that similar proportions treated with either antipsychotic reported erectile or ejaculatory dysfunction (21%-27%) and decreased sexual desire (28%-33% of women and 57%-63% of men) during the initial 6 weeks of treatment (Hummer et al. 1999); however, only in the clozapine cohort did the proportion reporting impaired sexual desire significantly decrease with long-term treatment (for men, from an initial 53% at the beginning of treatment to 22% by week 18; for women, from an initial 23% to 0% by week 18). One other study examining sexual function in women treated with typical anti-psychotics found a similar proportion (22%) reporting decreased ability to achieve orgasm with antipsychotic treatment (Ghadirian et al. 1982).

Antipsychotic medications theoretically may affect sexual interest and sexual response through multiple mechanisms. It is important to remember that antipsychotics affect multiple neurotransmitter systems that are involved in the sexual response, including (but not limited to) dopamine and serotonin (Meston and Frohlich 2000). High prolactin may directly impair libido, for example, through interaction with prolactin receptors in the hypothalamus. Prolactin may indirectly affect sexual interest and function through inhibition of estrogen and testosterone synthesis, because both of these hormones affect sexual interest and function in men and women. In addition, there is evidence from one study that hyperprolactinemia in childhood and adolescence (secondary to pituitary tumors) may be associated with very low interest in sex in early adulthood (Siimes et al. 1993).

Whether we like it or not, for many men it gets increasingly difficult to perform sexually as the years advance. 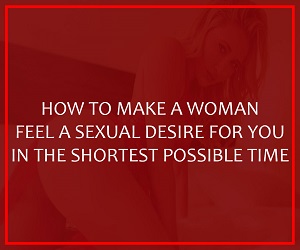