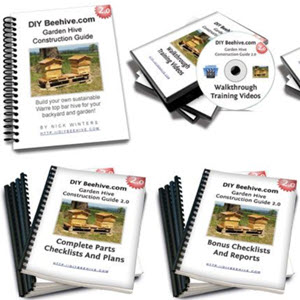 The limitation of visual communication is frequently offset by the coupling of visual displays with other modes of communication. Visual displays can be coupled with auditory communication, for example. There are many advantages to using sound: It can be used in the dark, and it can go around obstacles and provide directional information. Because pitch, volume, and temporal patterns of sound can be varied, extremely complex messages can be communicated. The auditory communication of many bird species has been studied intensively. Bird vocalizations are usually classified into two groups, calls and songs. Calls are usually brief sounds, whereas songs are longer, more complex, and often more suited to transmission over distances.

The call repertoire of a species serves a broad array of functions. Many young birds use both a visual signal, gaping, and calling in their food begging. Individuals that call more may receive more food. Begging calls and postures may also be used by females in some species to solicit food from mates. One call type that has been intensively studied is the alarm call. Alarm calls of many species are similar, and response is frequently interspecific (that is, interpretable by more than one species). Alarm calls are likely to be difficult to locate, a definite advantage to the individual giving the call. Calls used to gather individuals for mobbing predators are also similar in different species. Unlike alarm calls, mobbing calls provide good directional information, so that recruitment to the mobbing effort can be rapid.

Call repertoires serve birds in a great variety of contexts important for survival of the individual. Song, on the other hand, most often serves a reproductive function, that of helping a male hold a territory and attract a mate. Songs are species-

Born: November 20, 1886; Vienna, Austria Died: June 12, 1982; Munich, West Germany Fields of study: Biology, ethology, zoology Contribution: Frisch, founder of the science of ethology (animal behavior), was awarded a Nobel Prize in Physiology or Medicine in 1973 for his studies of sensory discrimination and communication in bees.

Karl von Frisch enrolled at the University of Vienna as a medical student in 1905. Although he excelled in the study of anatomy and physiology, he realized he had no interest in clinical medicine. In 1907, he transferred to the Zoological Institute in Munich. After studying zoology with Richard von Hertwig and experimental biology with Hans Przibaum in Vienna, Frisch studied marine biology at the Biological Institute for Marine Research in Trieste, Italy. He was awarded the Ph.D. in 1910 for his thesis on light and color perception in minnows. These studies led to experiments on color discrimination in bees. While serving as assistant to Richard Hertwig at the Zoological Institute at the University of Munich, he earned his University Teaching Certificate in Zoology and Comparative Anatomy. By 1914, Frisch had proved that food stimuli could be used to train bees to respond to different colors. His research was interrupted by World War I, during which he worked in a Vienna hospital.

Frisch returned to Munich as an assistant professor in 1919 and carried out research on the ability of bees to distinguish specific scents. Working from premises based on Darwinian theory, Frisch thought that there must be an evolutionary link between sensory discrimination in bees and the scents and colors found in flowers. While analyzing the ability of bees to distinguish between different scents, Frisch noted that when a bee discovered a new food source it was able to summon other bees to the exact location. His observations revealed that bees communicate information about food by means of a "round dance." He subsequently discovered that the round dance was used to direct bees to a source of sugar water, but a more vigorous "waggle dance" provided information about a source of flower pollen. According to Frisch, in the language of the bees the round dance was performed when a bee discovered a food source that was close to the hive. The waggle dance provided information about more distant food sources.

After accepting appointments at the University of Rostock (1921-23) and the University of Breslau (1923-25), Frisch returned to Munich as director of the Zoological Institute. Here he helped establish a new research facility for the study of insects. In addition to his continuing ethological research on the behavior of bees, he carried out pioneering investigations on the hearing abilities of fish. Frisch established that bees use the sun as a compass and that they possess an internal clock. His research had practical implications for apiculture (beekeeping) and plant pollination. Frisch retired in 1958, but continued his research and writing and served as director emeritus of the Zoological Institute of the University of Munich. Having deciphered what he called the Rosetta Stone of honeybee communication, Frisch published several books that made his work accessible to general readers. These books include Aus dem Leben der Bienen (1927; The Dancing Bees: An Account of the Life and Senses of the Honeybee, 1955), Du und das Leben (1936; Man and the Living World, 1963), Erinnerungen eines Biologen (1957; A Biologist Remembers, 1964), Bees: Their Vision, Chemical Senses, and Language (1950), and Tiere als Baumeister (1974; Animal Architecture, 1974). In 1973, at the age of eighty-six, Frisch shared the Nobel Prize with Konrad Lorenz and Nikolaas Tinbergen.

—Lois N. Magner specific, like the distinctive markings of a species. In some cases, songs are more distinctive than physical appearance. The chiffchaff and willow warbler were not recognized as separate species until an English naturalist named Gilbert White discovered, by examining their distinctive songs, that they are separate. The North American wood and hermit thrushes can also be distinguished more readily by song than by appearance. Bird song can communicate not only the species of the individual singing but also information about motivational state. Most singing is done by males

Karl von Frisch founded the science of ethology as the result of his study in the communicative dances of honeybees. (Nobel Foundation)

during the breeding season. In many species, only the male sings. In some species, females sing as well. Their songs may be similar to the songs of the males of their species or they may be distinctive. If the songs are similar to those of the males, the female may sing songs infrequently and with less volume. In some instances, the female song serves to notify her mate of her location. An interesting phenomenon found in some species is duetting, in which the male and female develop a duet. Mates may sing in alternate and perfectly timed phrases, as is done by the African boubou shrike, Laniarius aethiopicus. An individual shrike can recall its mate by singing the entire song alone.

Individuals in some bird species have a single song, and individuals of other species have repertoires of songs. Average repertoire size of the individual is characteristic of a species. Whether songs in repertoires are shared with neighbors or unique to the individual is also characteristic of a species. Sharing songs with neighbors permits song matching in countersinging. Cardinals and tufted titmice are species that frequently match songs in countersinging. Possible uses for matching are facilitating the recognition of intruders and indicating which neighbor has the attention of a singer. Some species of birds have dialects. The species-specific songs of one geographic region can be differentiated from the song of another geographic region. The development of dialects may be useful in maintaining local adaptations within a species, provided that females select mates of the same dialect as their fathers.

Although auditory signals of birds have received a disproportionate share of attention in the study of animal communication, auditory communication is used by a broad spectrum of animals. Crickets have species-specific songs to attract females and courtship songs to encourage an approaching female. The ears of most insects can hear only one pitch, so the temporal pattern of sound pulses is the feature by which a species can be identified. Vervet monkeys use three different alarm calls, depending upon the kind of threat present; they respond to the calls appropriately by looking up, looking down, or climbing a tree, depending upon the kind of call given.