FIGURE 13-8. Various sites of calculus formation in the urinary tract.

using an endoscope. External shock waves are used to crush stones in the urinary tract in a procedure called extracorporeal (outside the body) shock wave lithotripsy (crushing of stones).

Carcinoma of the bladder has been linked to occupational exposure to chemicals, parasitic infections, and cigarette smoking. A key symptom is sudden, painless hematuria. Often the cancer can be seen by viewing the lining of the bladder with a cystoscope (Fig. 13-9). This instrument can also be used to biopsy tissue for study. If treatment is not effective in permanently removing the tumor, a cystectomy (removal of the bladder) may be necessary. In this case, the ureters must be vented elsewhere, such as directly to the surface of the body through the ileum in an ileal conduit (Fig. 13-10), or to some other portion of the intestine.

Cancer may also involve the kidney and renal pelvis. Additional means for diagnosing cancer and other disorders of the urinary tract include ultrasound, computed tomography scans, and radiographic studies such as intravenous urography (Fig. 13-11), also called intravenous pyelography, and retrograde pyelography.

Urinalysis (UA) is a simple and widely used method for diagnosing disorders of the urinary tract. It may also reveal disturbances in other systems when abnormal byproducts are eliminated in the urine. In a routine urinalysis, the urine is grossly examined for color and turbidity (a sign of bacteria); specific gravity (a measure of concentration) and pH are recorded; test are performed for chemical components such as glucose, ketones, and hemoglobin; and the urine is examined microscopically for cells, crystals, or casts. In more detailed tests, drugs, enzymes, hormones, and other metabolites may be analyzed and bacterial cultures may be performed.

FIGURE 13-9. Cystoscopy. A lighted cystoscope is introduced into the bladder of a male subject. Sterile fluid is used to inflate the bladder.

FIGURE 13-9. Cystoscopy. A lighted cystoscope is introduced into the bladder of a male subject. Sterile fluid is used to inflate the bladder.

FIGURE 13-15. Ureterocele. The ureter bulges into the bladder with resultant hydroureter and hydronephrosis.

Longitudinal Section Through the Kidney

Interior of the Urinary Bladder

Match the following terms and write the appropriate letter to the left of each number:

pertaining to the blood vessels of the kidneys within the kidneys pertaining to the liver and kidneys before or in front of the kidneys near the kidney excretion of potassium in the urine deficiency of urine excessive urination during the night enzyme that increases blood pressure hormone that stimulates red cell production congenital absence of the bladder urination introduction of a tube incision to remove a stone stagnation, as of urine presence of nitrogenous waste in the urine excessive thirst bed-wetting triangular area in the base of the bladder presence of glucose in the urine

_ 26. creatinine a. drug that increases urination

_ 27. diabetes insipidus b. a nitrogenous byproduct of metabolism

Fill in the blanks:

31. A microscopic working unit of the kidney is called a(n) _

32. The cluster of capillaries within the glomerular capsule is the

33. The inner portion of the kidney is the _

35. The tube that carries urine from the kidney to the bladder is the

36. The main nitrogenous waste product in urine is _

Define each of the following words:

Word building. Write a word for each of the following definitions:

46. radiograph of the bladder (cyst/o) and urethra _

48. inflammation of the urinary bladder _

49. inflammation of the renal pelvis and the kidney _

51. plastic repair of a ureter and renal pelvis __

52. surgical creation of an opening between a ureter and _

53. dilatation of the renal pelvis and calices _

Opposites. Write a word that has the opposite meaning of each of the following words:

Adjectives. Write the adjective form of each of the following words:

Plurals. Write the plural form of each of the following words:

Write the meaning of each of the following abbreviations:

Word analysis. Define each of the following words, and give the meaning of the word parts in each. Use a dictionary if necessary.

A.A., a 48-year-old woman, was admitted to the in-patient unit from the ER with severe right flank pain unresponsive to analgesics. Her pain did not decrease with administration of 100 mg of IV meperidine. She had a 3-month history of chronic UTI. Six months ago she had been prescribed calcium supplements for low bone density. Her gynecologist warned her that calcium could be a problem for people who are "stone-formers." A.A. was unaware that she might be at risk. An IV urogram showed a right staghorn calculus. The diagnosis was further confirmed by a renal ultrasound. A renal flow scan showed normal perfusion and no obstruction. Kidney function was 37% on the right and 63% on the left. While the pain became intermittent, A.A. had no hematuria, dysuria, frequency, urgency, or nocturia. Uri-nalysis revealed no albumin, glucose, bacteria, or blood; there was evidence of cells, crystals, and casts.

A.A. was transferred to surgery for a cystoscopic ureteral laser lithotripsy, insertion of a right retrograde ureteral catheter, and right percutaneous nephrolithotomy. A ureteral calculus was fragmented with the pulsed-dye laser. Most of the staghorn was removed from the renal pelvis with no remaining stone in the renal calices. She was discharged 2 days later and ordered to strain her urine for the next week for evidence of stones.

M.C., a 20-year-old part-time college student, has had chronic glomerulonephritis since age 7. He has been managed at home with CAPD for the last 16 months as he awaits a kidney transplant. His doctor advised him to go immediately to the ER when he complained of chest pain, shortness of breath, and oliguria. On admission, M.C. was placed on oxygen and given a panel of blood tests and an ECG to rule out an acute cardiac episode. His hemoglobin was 8.2 and hematocrit was 26%. He had bilateral lung rales. ABGs were: pH, 7.0; PaCO2, 28; Pao2, 50; Hco3, 21. His BUN, serum creatinine, and BUN/creatinine ratio were abnormally high. His ECG and liver enzyme studies were normal. His admission diagnosis was ESRD, fluid overload, and metabolic acidosis. He was typed and crossed for blood; tested for HIV, hepatitis B antigen, and sexually transmitted disease; and sent to hemodialysis. A bed was reserved for him on the transplant unit.

An electrosurgery machine was placed in each room. Cysto no. 1 had the CMG machine and uri-nometer. Cysto no. 2 had a Nd:YAG (neodymium:yttrium-aluminum-garnet) and a liquid tunable pulsed-dye laser machine. Each room had a machine to collect and decontaminate the liquid waste, instead of the former floor drains.

The substerile room between Cysto no. 1 and no. 2 had a steam sterilizer, a peracetic acid processor/ sterilizer, and glutaraldehyde soaking pans under a ventilation hood to high level-disinfect the instruments between cases. A warming closet contained blankets and sterile PSS, H2O, and glycine for bladder irrigation during the procedures. J.O. wished there was room left for an ESWL system.

_ 2. M.C.'s chronic glomerulonephritis means that he has had:

_ 3. Renal dialysis can be performed by shunting venous blood through a dialysis machine and returning the blood to the patient's arterial system. This procedure is called:

_ 4. A surgical endoscope that can enter and visualize the bladder is a(n)_, whereas a scope that cuts tissue is called a(n)_.

_ 5. A transurethral approach for examination or surgery always begins with inserting a catheter or scope:

6. intravenous injection of contrast dye and radiographic study of the urinary tract

7. production of a reduced amount of urine _

8. getting up to go to the bathroom at night _

9. crushing a stone in the ureter with a laser _

11. surgical incision for removal of a stone _

51 Tips for Dealing with Kidney Stones

Do you have kidney stones? Do you think you do, but aren’t sure? Do you get them often, and need some preventative advice? 51 Tips for Dealing with Kidney Stones can help. 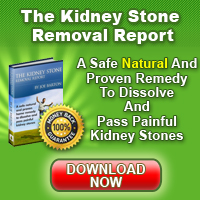