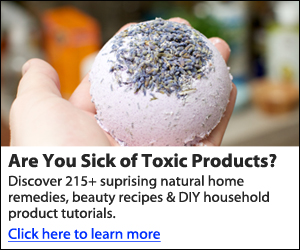 For a long time, the existence of DRMs was thought to reflect "lipid rafts" in biological membranes, and this is still one of the most widely used methods to define lipid rafts. This was despite the notion that many membrane-associated proteins and lipids interacting with the cytoskeleton directly or via complexes could be resistant to detergent extraction [14,15]. Studies examining the interaction of detergent with membranes are about as old as models that predicted the fluid nature of biological membranes [16]. Membranes of Semliki Forest virus were treated with different detergents, and various stages of virus membrane dissociation (following detergent treatment) were investigated for understanding virus function [17-19]. Simons and coworkers, following their studies on the preferential apical transport of some proteins and glycosphingolipids [4], suggested that there may be a correlation between apical transport of these proteins and glycosphingolipids. This makes apical sorting of GPI-APs along with glycosphingolipids among the first biological function proposed for lipid rafts. Simons and coworkers proposed that glycosphingolipid-enriched patches might act as a sorting platforms for proteins that are preferentially sorted to apical compartments. In addition, GPI-APs and several sphingolipids were shown to become resistant to cold Triton-X 100 solubilization (also referred to as DRMs) in the trans-Golgi network (TGN) before their delivery to apical membranes in polarized epithelial cells [20,21]. The roots of the widespread use of cold nonionic detergent as an evidence of membrane inhomogeneities or lipid rafts (thus referred to as DRMs or DIGs) and its link to biological function may be partially traced to this seminal study. Brown and Rose showed that the cold detergent-insoluble complexes from lysates of polarized Madin-Darby canine kidney (MDCK) cells contained moderate amounts of apically delivered protein human placental alkaline phosphatase (PLAP) along with other GPI-APs. These detergent-insoluble membranes were concentrated in glycosphingolipids, but proteins destined for delivery to basolateral compartments were missing. This led the authors to speculate that these cold detergent-insoluble complexes could form the sorting platforms, as suggested by Simons and coworkers, for the apical delivery of PLAP.

The idea of DRMs as a biochemical purification of a specific membrane domain in living cells was reinforced from the studies investigating the phase behavior of lipids in membranes. Constituent lipids determine the state of membrane; lipids with saturated long acyl chains exists in the "gel state" with restricted lateral mobility and long range order because they are able to tightly pack the hydrocarbon chains of the lipids, whereas lipids with unsaturated (kinked) acyl chains exist as a "liquid crystalline state" with faster lateral mobility because they are unable to pack in the same fashion. Clearly, thermal effects determine in which state(s) these lipids may exist, and also the phase diagram of coexisting phases [22]. Extensive studies with artificial lipid membranes has suggested that lipids in the liquid crystalline state can exist in a liquid-disordered (ld) or liquid-ordered (lo) state [23], differentiated only by local order parameter. A lo state is characterized by a gel-like short-range local order but liquid crystalline state-like translational mobility. Sphingolipids with saturated long acyl chains and short rigid cholesterol undergo preferential packing into lo phases [24,25]. The arguments that biological membranes contain patches of lo domains in otherwise ld membranes are supported by the following observations:

1. There is a coexistence of lo and ld phases in model membranes.

2. Model membranes known to be in lo state are insoluble in cold, nonionic detergent (e. g., Triton X-100), and the physical state of model membranes treated with cold detergent were similar to that of the lo state.

3. A fraction of the lipids in biological membranes are insoluble in cold nonionic detergent.

This physical picture provided the much-needed rationale to relate the existence of these detergent-insoluble complexes to 'rafts' in cell membranes, leading to a flood of reports investigating the components of cold detergent-insoluble membranes and linking them with biological function; indeed, several studies on the "pro-teome" of DRMs are also available today [26,27]. Even to date, detergent insolubility remains the most widespread method of identifying association with lipid rafts.

Support for these suspicions came from the studies of Heerklotz [28], who examined the phase transitions and phase structures of model lipid membranes using microcalorimetry and solid state nuclear magnetic resonance (NMR) [28]. When examining vesicles composed of an equimolar mixture of 1-palmitoyl-2-oleoyl-sn-glycero-3-phosphocholine (PC), egg sphingomyelin (SM) and cholesterol, Heerklotz did not find any significant fraction of membrane in ordered state at 37 °C. However, the addition of increasing amounts of the detergent Triton X-100, or a lowering of the temperature, promoted the formation of ordered domains in these membranes, which were resistant to subsequent detergent extraction procedure. Hence, instead of reflecting upon the ordering of lipids in membrane, Triton X-100

3.5 Why Are Biophysical Studies Useful for Understanding Lipid Rafts? | 51

could cause the formation of such ordered domains. In a follow-up study, Heerklotz et al. showed that very small transition energies are required to induce changes in the size and abundance of ordered domains in artificial model membrane systems [29]. Hence, the perturbations caused by incorporating detergents could result in artifacts, especially in studies involving artificial lipid membranes. In biological membranes with complex lipid mixtures and proteins, there is a possibility of some component(s) acting as a stabilizer of the lipid domains, but the use of detergents to probe this situation is fraught with the concerns raised above. At best, DRM-association reveals a biochemical propensity that may be associated with ordered lipid domains [9,30].

Thousands Have Used Chemicals To Improve Their Medical Condition. This Book Is one Of The Most Valuable Resources In The World When It Comes To Chemicals. Not All Chemicals Are Harmful For Your Body – Find Out Those That Helps To Maintain Your Health.

Replace Toxic Products in your home

Natural Cleaners That Can Replace Detergents