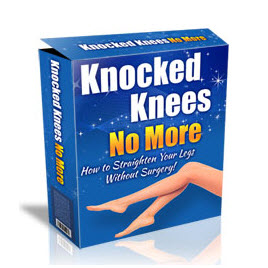 Total knee arthroplasty in the valgus knee provides reliable pain relief, correction of deformity, and good function. In general, the results have been only slightly inferior to the results obtained in standard total knee arthroplasty with a higher percentage of "good or excellent" results being "good" in the valgus knee and with more complications related to correction of deformity (peroneal nerve palsy, instability, patellar maltracking).

Stern and associates (1991) reviewed 134 TKAs in 98 patients with preoperative valgus deformities greater than 10 degrees with an average follow-up of 4.5 years.8 Posterior-stabilized implants were used in the vast majority of cases (118 of 134), and valgus release consisted of release of the lateral structures from the lateral aspect of the femur. Postoperatively, the knees in their series had valgus alignment of 5 to 9 degrees, and a lateral retinacular release for patellar maltracking was required in 76% of cases. The authors reported 91% good or excellent results. However, only 71% were classified as excellent compared to 88% excellent in the standard TKA population.25 Complications included peroneal nerve palsies in 5 knees (3%), aseptic loosening requiring revision in 3 knees, and one patient with chronic pain requiring revision.

Krackow and colleagues (1991) reviewed 99 TKAs in 81 patients with an average preoperative valgus deformity of 18 degrees.20 They utilized a minimally constrained, PCL-sparing prosthesis, and divided the deformity into three types with all of their patients being either type I or II. The author defined type I (67 knees) knees as valgus deformity secondary to bone loss in the lateral compartment and soft tissue contracture without attenuation of the MCL, and type II (32 knees) knees as defined by obvious attenuation of the MCL. The mean preoperative tibiofemoral angle was 18.1 degrees in type I and 21.2 degrees in type II. The mean postoperative tibiofemoral angle was 4.8 degrees in type I and 5.9 degrees for type II. Releases used in type I deformities included the ITB,

Laurencin and associates (1992) reviewed 25 TKAs in 25 patients with average preoperative valgus deformities of 32 degrees.6 To correct valgus deformity, they found it necessary to release the ITB at the level of the joint line in 76%, the popliteus and LCL in 56%, and biceps tendon just proximal to its fibular attachment in one case (3%). They made an attempt at cruciate retention in all patients, but 16% required sacrifice of the PCL for ligamentous balancing. All 25 patients required a lateral retinacu-lar release for patellar tracking. The average postoperative alignment of the knees was 6 degrees valgus (range 0 to 10 degrees), and with an average follow-up of 5 years, there was no evidence of loosening and no revisions. Complications included 202 three patellar stress fractures (two with osteonecrosis), one patellar dislocation, and one transient peroneal nerve palsy.

Whiteside reviewed 135 TKAs with mean preoperative valgus of 16 degrees.3 His valgus release consisted of the ITB (at the joint line) initially, then the popliteus and lateral collateral ligament, and finally the lateral head of the gastrocnemius and the posterolateral capsule if necessary. Knees with greater than 25 degrees preoper-ative deformity all required release of the ITB, popliteus, and LCL, and 42% required release of the posterolateral capsule. He noted that this latter group had a tendency to have increased posterior laxity, which may have been related to the minimally constrained knee design that was implanted. When external rotational instability was present, he recommended a posterior-stabilized design. Because of femoral dysplasia or bone loss, 74% of knees with greater than 25 degrees valgus deformity had bone grafting of the lateral tibial plateau and 48% had grafting of the lateral femoral condyle. Six knees required medial ligament advancement. Because severe genu valgum is often associated with lateral patellar subluxation, it is not uncommon to have to realign the patella during TKA. In fact, in this series three knees with preoperative deformity greater than 25 degrees required tibial tubercle transfer in order to centralize the patella. The complexity of this deformity is substantiated by the related complications including eight knees with patellar component failure attributable to polyethylene wear, three knees with progressive posterior laxity (one symptomatically unstable), three knees with patellar dislocations (all during the first postoperative year), and five knees with postoperative wound hematomas.

There are some surgeons who prefer to approach the valgus knee from the lateral side in order to maintain the integrity of the extensor mechanism and theoretically improve patellar tracking. Keblish, in a review of 53 knees in 46 patients with preoperative valgus deformity averaging 22 degrees, utilized the lateral ap-proach.10 There was some variability in his implant selection. The low-contact stress (LCS) mobile-bearing knee system was used in 50 knees, and the kinematic rotating hinge was used in three. Of the LCS cases, 39 were meniscal-bearing cruciate-sparing (ACL and/or PCL) knees and 11 were rotating platform. Cementless "porocoat" LCS components were used in 41 knees. Because of the associated bony deficiencies, 48 of the 53 knees required bone grafting to the "lateral side." He reported 94% good or excellent results based on the New Jersey Orthopaedic Hospital scoring system at an average follow-up of 2.9 years. There was one transient sensory and one transient motor peroneal nerve palsy, and both recovered within 6 months without residual weakness or causalgia. As touted, there were no patellofemoral maltracking problems. Despite this experience, the lateral approach is not overwhelmingly popular because most surgeons are not familiar with the exposure and are concerned with closure.