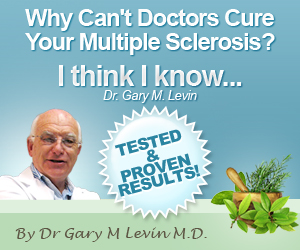 Much of the examination of the optic nerve is described in Chapter 7. This section deals with the pupillary reflexes and with the visual lields.

The optic nerve transmits the axons of the retinal ganglion cells. It begins at the back of the globe and passes through the optic canal of the sphenoid bone into the cranium, where it joins with the contralateral nerve to form the optic chiasma. The optic tract then passes posteriorly to the lateral geniculate bodies of the thalamus and then to the primary visual cortex (area 17) in the occipital lobe. This tract is termed the geniculocalcarine tract or the optic radiation. The visual association cortex and areas IS and 19 are in close proximity in the occipital lobe.

The afferent limb of the pupillary reflex involves the retina, optic nerve, chiasma and tract. These fibres terminate in both sides of the midbrain pretectum. The axons then pass to the accessory oculomotor nuclei of Edingcr-Westphal. The efferent limbs of the reflex arc arc preganglionic parasympathetic fibres in the III nerve, the ciliary ganglion and postganglionic fibres that innervate the constrictor muscle of the iris.

The normal visual field extends 160° horizontally and 130" vertically, with the physiological blind spot 15" from fixation in the temporal field. The field for red colour vision is much smaller than that for monochrome.

If a light is directed at one eye. both pupils will normally constrict. The reaction of the pupil on the side stimulated is called the direct light reflex, and the constriction of the other pupil the consensual light reflex.

When a near object (e.g. at 10 cm) is viewed, convergence of the eyes is accompanied by bilateral pupillary constriction referred to as the accommodation reflex.

P Examine the pupils in a dimly lit room for size and symmetry.

□ Check the direct and consensual reflex in each eye in turn by shining a bright pen torch from the side and from below with the patient looking into the distance in order to avoid an accommodation response.

□ To test the reaction to accommodation ask the patient first to look into the distance and then at an object held close to the face; observe any change in the ptipil size.

Abnormal pupillary reflexes. Impairment or absence of the pupillary reaction to light may be due to damage to either the afferent or efferent sides of the reflex arc. Since both pupils constrict in response to light directed into one eye, afferent lesions can easily be distinguished from damage to the efferent pathway.

With afferent pupillary defect, the dysfunction is oil the afferent limb of the reflex arc (retina or optic nerve). The pupil does not have a direct light reflex but constricts when light is shone into the opposite eye (i.e. the consensual reflex is preserved).

With efferent pupillary defect, the lesion is on the efferent limb of the unreactive eye (oculomotor nerve, ciliary ganglion). One pupil is fixed and dilated and does not respond to light directly, but the contralateral pupil responds consensually.

Fig. 6.9 Right Horner's syndrome in a patient with bronchogenic carcinoma. Note the ptosis and enophthalmos. (Courtesy of Dr D.H.A. Boyd).

In Horner's syndrome (Fig. 6.9) unilateral miosis is associated with ptosis, impaired sweating and enophthalmos (recession of the gtobe in the orbital fossa). Paresis of the light reflex and accommodation as a result of a lesion in the ciliary ganglion is termed an internal ophthalmoplegia.

Testing fields assesses the function of the peripheral and central retina, the optic pathways and the cortex. Since

Colour vision tends to fail early in many disorders of tlie retina and optic nerve, a red hat-pin is a particularly useful test object for detecting scotomas. Visual fields can be estimated quickly by the method of confrontation or measured accurately using perimeters, Roth methods require a cooperative patienl.

If a patient is unable to cooperate (because of an impaired conscious state or dysphasia) a crude test of visual field integrity can be made by moving the hand quickly towards the patient's face, This menacing stimulus will usually evoke reflex blinking if the incoming stimulus is detected.

□ Ask the patient to cover one eye and look at the examiner's opposing eye (Fig. 6.10).

□ Examine the outer aspects of Ihe visual fields with a waggling finger or preferably a fine probe with a large red or white head (e.g. a hat-pin).

□ Bring the test object into the field of vision in a curve, not a straight line. Approach from the periphery at several points on the circumference of the upper and lower, nasal and temporal quadrants of the visual fields.

□ Ask the patient to respond as soon as the movement of the test object is observed.

□ Map out central field defects by moving the test object across the visual field (Fig. 6.11).

□ When using a red test object instruct the patient to report as soon as the colour is perceived.

□ Test for visual inattention by asking the patient to report when the fingertip is moved on one or both sides simultaneously (Fig. 6.12).

Impaired visual acuity can be due to lesions of the cornea, lens, vitreous, retina or optic nerve and the more distal visual pathway. Characteristics of optic nerve lesions are shown in Table 6.15.

The oculomotor, trochlear and abducent (III, IV and VI) nerves

These three cranial nerves innervate the muscles controlling eye movement and pupillary si/e. Although the nerves subserve discrete actions they are examined together because of their close functional interrelationships.