In addition to the following information, more details on supportive medical care are given in Chapter 26.

At presentation, patients may be dehydrated, infected, bleeding, and anemic and may have impaired renal and hepatic functions due to leukemic infiltration. Blood urea, creatinine, electrolytes, calcium, phosphorus, serum glutamic pyruvic transaminase (SGPT), serum protein, and uric acid levels should be determined, as well as cultures of the blood, cerebrospinal fluid (CSF), and urine.

Supportive care including the use of packed red cells, platelet transfusions, and human recombinant granulocyte colony-stimulating factor (G-CSF), are required fairly frequently, especially when aggressive multiagent chemotherapy is employed, resulting in temporary bone marrow failure. When high fever and possible septicemia occur in the presence of neutropenia, antibiotic therapy should be started after taking appropriate blood cultures and chest radiographs. Platelet transfusions (1 unit of random donor platelets per 10 kilograms of body weight up to 6 units) should be administered to patients with overt bleeding or when the platelet count is below 10,000/mm3.

A total of 10 mg/kg/day of allopurinol in divided doses is given in all cases before the commencement of antileukemic drugs. Because allopurinol interferes with the metabolism of 6-mercaptopurine, these two drugs must not be given together. When the blast cell count is more than 50,000/mm3 or there are large tumor masses, allopurinol is obligatory, together with a fluid intake of 2-3 L/m2/day and 3 g/m2/day of oral bicarbonate in divided doses to keep the urine alkaline. These measures are aimed at preventing hyperuricemic acidosis and uric acid nephropathy, which could be fatal. Lactic acidosis, hyperkalemia, and hypocalcemia may also occur during induction.

Recombinant urate oxidase (rasburicase) is also used to prevent tumor lysis syndrome and uric acid nephropathy. The decrease in uric acid is very rapid with the use of 0.2 mg/kg daily as a single infusion for up to 5-7 days. The beneficial effect of urate oxidase is most dramatic in B-cell ALL and stage III, IV B-cell non-Hodgkin lymphoma (III/IV B-NHL) (see Chapter 16) and should be used at the time of initial therapy of B-cell ALL or stage III/IV B-NHL with a high uric acid or high white cell T-cell ALL. The drug should not be used in patients with glucose-6-phosphate dehydrogenase (G6PD) deficiency and allopurinol should be withheld during urate oxidase treatment.

In cases involving hyperleukocytosis (WBC >100,000/mm3), it has been the practice in the author's clinic to do a partial exchange transfusion to remove a considerable amount of cell burden. This also corrects metabolic abnormalities (e.g., hyperphosphatemia, hypocalcemia, and hyperuricemia) that might occur following effective tumoricidal therapy, reduces the increased blood viscosity, and corrects the anemia. The level of circulating blast cells can also be rapidly reduced within 2-4 hours by leukapheresis. Leukapheresis, however, does not correct the metabolic problems or correct the anemia (see Chapter 26 and Table 26-1).

Live vaccines are contraindicated. There is evidence that the altered immune mechanism existing in the leukemic child may impair the child's ability to handle such anti-genic stimuli; therefore, inactivated vaccine should be employed. Eighty percent of leukemic children who received intensive chemotherapy at our institution have at least one defect in cellular or humoral immunity. Fifty percent have two or more unprotec-tive specific antibody responses to measles, mumps, rubella, polio, Haemophilus influenzae B, or pneumococcus. Therefore, children with ALL in long-term continuous remission may be at risk for developing serious life-threatening infections and should be evaluated for immune competence at the end of therapy. When protective specific antibody responses are absent, they should be revaccinated. This is a "Swiss cheese-like" humoral immune defect caused by the disease and/or chemotherapy.

Psychosocial support of child and family should be addressed but a detailed discussion of this subject is beyond the scope of this book.

The aims of therapy in acute leukemia are cure and include the following:

1. To induce a clinical and hematologic remission

2. To maintain remission by systemic chemotherapy and prophylactic CNS therapy

3. To treat the complications of therapy and of the disease.

A complete remission is defined as:

1. No symptoms attributable to the disease (e.g., fever and bone pain)

3. A normal blood picture, with minimal levels of 500/mm3 granulocytes, 75,000/ mm3 platelets, and 12 g/dL hemoglobin with no blast cells seen on the blood smear

4. A moderately cellular bone marrow with a moderate number of normal granulocytic and erythroid precursors, together with adequate megakaryocytes and less than 5% blast cells, none possessing frankly leukemic features.

Relapse is defined by the appearance of any of the following:

1. More than 50% lymphoblasts in a single bone marrow aspirate

2. Progressive repopulation of lymphoblasts in excess of 5%, culminating in more than 25% in two or more bone marrow samples separated by 1 week or more

4. Leukemic cell infiltration in extramedullary organs, for example, CNS or gonads (biopsy proven) (for the diagnosis of isolated extramedullary relapse, the bone marrow should contain less than 5% blasts)

5. Lymphoblasts in the CSF with a cell count greater than 5 WBC/mm3.

Minimal Residual Disease and Its Implication in the Management of Leukemia

Remission status in leukemia is usually determined on the basis of morphologic findings alone. However, methods with increased sensitivities are being utilized in some centers for the detection of minimal residual disease (MRD), and application of these techniques may have a profound influence on the management of leukemia for the following reasons:

1. A more precise definition of remission can be obtained based on morphologic, cytogenetic, immunologic, and molecular findings.

2. Treatments may be modified, depending on the level of MRD.

3. Recent studies have attempted to define the prognostic significance of positive MRD. Patients who have a molecular or immunologic remission (defined as leukemic cells less than 0.01% of nucleated bone marrow cells) are predicted to have a better outcome.

Table 14-9 shows the levels of detection of MRD by various methods. Future protocols will use MRD to determine remission status.

1. Initial response to therapy is an important predictor of outcome.

Table 14-9. Levels of Detection of Minimal Residual Disease in Leukemia

1 per 1,000,000 Unknown (theoretically may increase sensitivity)

3. Standard-risk patients who receive delayed intensification (DI) do not receive additional benefit from intensive induction other than dexamethasone, vin-cristine, and L-asparaginase.

6. Substitution of dexamethasone for prednisone improves outcome for standard-risk patients.

Infant ALL accounts for 2-5% of childhood leukemias. Infants under 12 months of age with ALL have an extremely poor prognosis, worse than that of any other age

Table 14-10. Therapy for Standard-Risk Pre-B-Cell ALL

32 months) intrathecal methotrexate (see above) on day 0 of each course.

Infant ALL is biologically unique. The leukemia arises from a very early stage of commitment to B-cell differentiation and has the following characteristics:

A chromosomal abnormality on chromosome 11, particularly band 11q23 where the MLL/ALL1 gene is located, is commonly found in infant ALL and is associated with a poor prognosis. The cells frequently express myeloid antigens.

Blasts have fetal characteristics and have a greater resistance to therapy. Independent adverse prognostic features in this group are:

Infant ALL requires very intensive therapy with advanced supportive care. Most centers advocate that after remission is attained, an allogeneic stem cell transplant be performed for infant ALL with an 11q23 cytogenetic abnormality or a molecular MLL abnormality. Intensive chemotherapy protocols have an event-free survival of 40%. The COG is studying an intensive therapy that may make stem cell transplantation unnecessary.

Bone Marrow Relapse in Children with ALL

Despite current intensive front-line treatments, 25-30% of children with ALL experience bone marrow relapse. Relapse may be an isolated event in the bone marrow or may be combined with relapse in other sites. Children who have a bone marrow 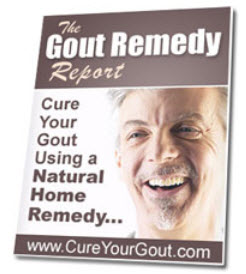